Irma is a name that won’t be forgotten anytime soon by the people of Saint Augustine. Especially in the Vilano Beach region, where she gave little mercy.

The wrath of Hurricane Irma raged along the coastline from late Sunday afternoon, well into early morning Monday.

Irma blew into town as a gradually weakening Category 3, but I was in awe of how powerful and relentless this storm truly was. For 12+ hours there was driving rain, dangerous wind gusts, and a storm surge that felt like it would never end.

A couple of days after the storm, once it was safe to go outdoors again, I traveled to Vilano Beach to check out the damage that Irma had left.

It was a new day, a gorgeous beach day in fact at Vilano with little sign of Irma, until you traveled onto the beach and saw the homes that were torn apart all up and down the historic Coastal Highway.

State officials, including U.S. Senator Marco Rubio, checked out the damage for themselves Tuesday as Building Department officials surveyed the damage.

Senator Rubio made his way along the Coastal Highway to see the damage for himself, stopping to see a home across from 13th Avenue South that fell into the beach below.

“This is pretty dramatic looking, obviously,” said Rubio. “There will be a lot of challenges over the next few months throughout the state of Florida, clearly we are going to have to do something because this can’t keep happening every year.”

Rubio says he’s working with local lawmakers to get homeowners in the area housing assistance quickly since many won’t be able to return to their homes safely. They are still unsure which homes are salvageable. source 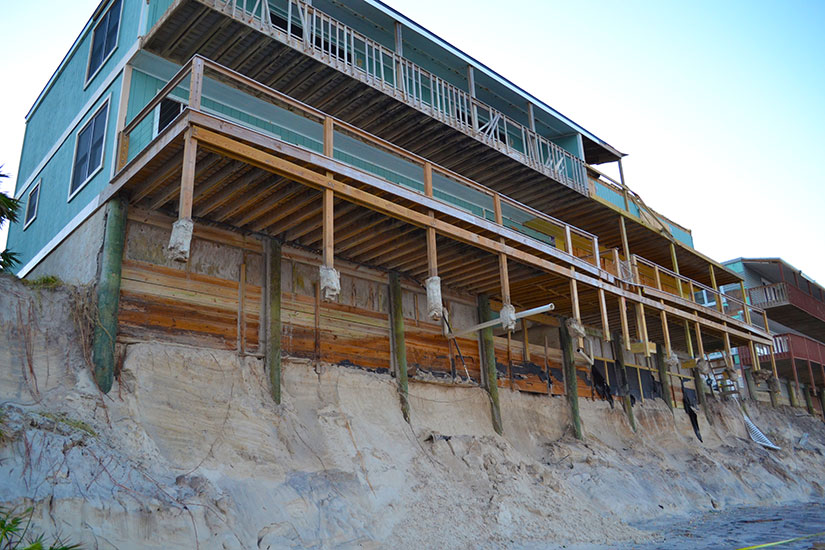 You could see that the storm surge was in excess of 6 feet during the times of peak activity. 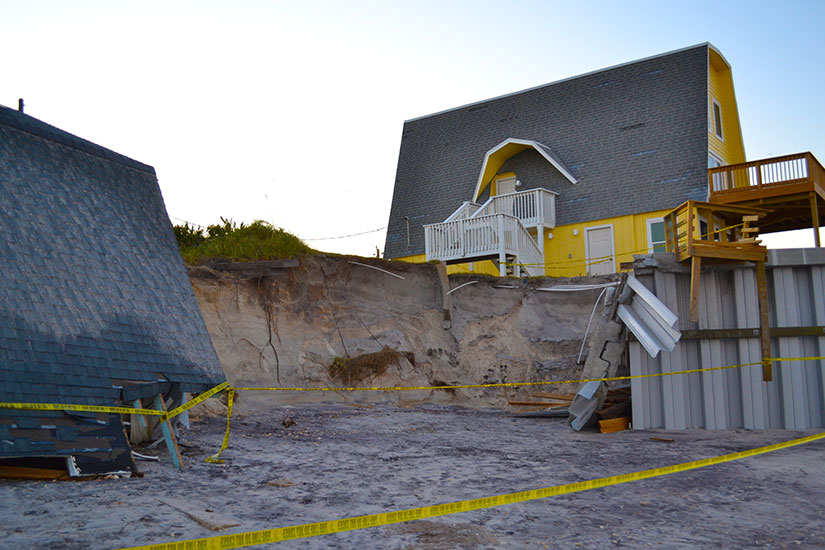 While we are thankful that Irma didn’t touch St. Augustine as a catastrophic category 5, she did leave a devastating mark on the historic St. Augustine area. In the end, it was a manageable crisis, but an utterly unforgettable one.

With as much water as was ultimately deposited, we would do well to remember it never rains forever. Since it’s founding over 450 years ago, St. Augustine has endured as a shining “city on a hill“, incredibly resilient and ready for whatever comes next.

Indeed, St. Augustine was spared from an attack by the French battleship La Trinite, lead by French commander Jean Ribault, who was stopped from proceeding by a massive hurricane on May 25th, 1565.

So sometimes, a hurricane can be a good thing. Sometimes.

America’s oldest city will pick itself back up like it always does, fully prepared for the next time “mother nature” comes knocking.

Haley Ellison is a senior at Florida State College at Jacksonville majoring in Converged Communications. She is currently interning at MudflowerMedia.com the parent company to Explore Old City.